I have terrible eyebrows. Now I know they’re probably not quite as bad as other peoples’ brows because my hair is so thick and dark which gives me a slight advantage. However, I did pluck a little too heavily many years ago. In addition, I’ve lost a little bit of eyebrow hair as I’ve aged. With that being said, when I heard about eyebrow microblading I knew I wanted to get it done. I just needed to find a good studio and find enough courage to just go do it. Well folks, that moment finally happened and I had my brows done on December 5th.

I filmed some footage during the procedure and hopefully answered some of your questions as I babbled on about it.

It has been just over one month since I had the eyebrow microblading done. Below is a picture of how my brows look now. The color has faded a shade or two. The lines that form the individual hairs are not quite as vivid as they were initially, but I think they look great.

I study my brows in a 10x mirror with a very bright light so I see every single detail. People who see me do not see the details that I do. In fact, I don’t even see the details in a regular strength mirror. My brows look pretty good. I’m really pleased with the fact that when I wake up and look in the mirror my face appears more youthful and “complete” due to the filled in darker brows.

I’m currently scheduled to go back for my touch-up appointment in two weeks. I would go sooner, except I didn’t schedule my appointment as soon as i should have and I wasn’t able to get an appointment.

Let me know in the comments below what you think about eyebrow microblading. Would you do it? Or have you done it? 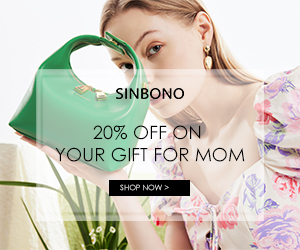 Throwing it back to last weekend…. Spent the maj

This website uses cookies to improve your experience while you navigate through the website. Out of these, the cookies that are categorized as necessary are stored on your browser as they are essential for the working of basic functionalities of the website. We also use third-party cookies that help us analyze and understand how you use this website. These cookies will be stored in your browser only with your consent. You also have the option to opt-out of these cookies. But opting out of some of these cookies may affect your browsing experience.
Necessary Always Enabled
Necessary cookies are absolutely essential for the website to function properly. These cookies ensure basic functionalities and security features of the website, anonymously.
Functional
Functional cookies help to perform certain functionalities like sharing the content of the website on social media platforms, collect feedbacks, and other third-party features.
Performance
Performance cookies are used to understand and analyze the key performance indexes of the website which helps in delivering a better user experience for the visitors.
Analytics
Analytical cookies are used to understand how visitors interact with the website. These cookies help provide information on metrics the number of visitors, bounce rate, traffic source, etc.
Advertisement
Advertisement cookies are used to provide visitors with relevant ads and marketing campaigns. These cookies track visitors across websites and collect information to provide customized ads.
Others
Other uncategorized cookies are those that are being analyzed and have not been classified into a category as yet.
SAVE & ACCEPT
Loading Comments...
%d bloggers like this: